As I sit here waiting with my nine-year old son to share a ONCE in a great while lifetime experience, I am angry. Our society has been taken over to maximize revenues for large corporations and holds no value for education and our youth. 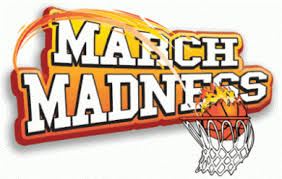 It has been 20 years since U-M has been to the NCAA championship game (13 since MSU won we root for all teams in the state). Griffin has played basketball for the last two years. This past year his third grade team was dominant, going undefeated, winning all games by double digits, never giving up more than 12 points. He loves the game and has become a huge fan of ALL things basketball. The Detroit Pistons haven’t been much to watch this year, but MSU and UM playing in the Big Ten has been great. He gets so excited for each game. The Tourney has brought him more excitement. He has learned so much about geography and colleges while watching. Michigan making the Final Four made him so excited. Saturday he got mad. He asked WHY is the game on so late? I started thinking about it. Saturday games could have been played during the day or at least at a time where the game doesn’t end after 11 pm EST. (I realize I am using an east coast biased sorry Pacific Time Zone.)

9:23 start for a Final Four game is really late for a nine-year old. He will fall asleep by 10:00. WHY does the game start so late? When I started thinking about it more, Why is it on Monday? It seems like the Superbowl and World Series have similar time issues. Do these sports only want to cater to the late night “bar” crowd or west coast? Sports need fans, if the young are not going to be awake to watch the biggest games, will they remain fans? Heck, many I work with complained about how late the game is on. Maybe we shouldn’t be fans of the game!

America has to work tomorrow, many students will stay up late and waste a day at school sleeping in class. Many workers will call in sick. Sounds like the Super Bowl all over. Starting the games earlier would not mean the west coast could not see the game, they just might miss the beginning. Starting late means many young and old will miss the most exciting and definitive part the end. Relying on a newscaster to report the score in the morning. WHY? As explained to me, all for TV scheduling and ad sales!!

Work production, education and youth give way to the all mighty dollar! Our society has sacrificed so much over the years to the mighty dollar. Now when our schools are reflecting THIS society, government says reform schools. Let’s fix society, make decisions that show education and youth are valued and then schools will improve. “You can’t cut the hair in the mirror by reaching for the glass!”

Look careful at how society constantly places the dollar, ahead of our youth and their education. This is one small example.

Game Time. Enjoy Go Blue, sadly many will hear results in the morning. Griffin will watch it tomorrow afternoon, have to record it.