For the past 3 years I have been coaching my son’s youth basketball team. I started when he was in 2nd grade, it has been fun to watch the kids mature and develop skills. The league is run through our school district. Records are not kept and the high school players serve as referees. At the beginning of each season the head high school coach gathers all the volunteer coaches to emphasize sportsmanship for the league. He also explains that our referees are learning their jobs and only high school students. Reminding us that mistakes will happen, but not to act like it is the Pros.

I try to teach my team to focus on improving their game. Shooting, rebounding, dribbling, and passing are skills the young developing players need. During games, I ask my players to not complain about the whistles, but listen to the referees to help improve their games. I sit on the bench, only yelling out directions when the team needs assistance. “Get back” is my most used call, for after the other team pulls down a defensive rebound. Otherwise my players would press and try to steal the ball back (not allowed until next year). Other calls will be for players to set picks or for motion. I make a point to assist the young referees with calls that they might not see, by pointing in the the direction the ball should go for out of bounds. After the game I thank the high school players for help my young athletes learn. I feel I am modeling positive sportsmanship for our next generation of athletes.

After two games this year, I have been disturbed by the other coaches shouting out complains focused at the officiating. In our first game, the you referees allowed some moderate physical contact. I noticed it at both ends of the court which mean the referees were consistent. My players adjusted. The other coach yelled out complaints against our teams contact. Since, I noticed it. I took it upon myself to talk to the young high school players at a break in the action. Sharing that the physical contact is a bit much for both sides and might lead to a problem. The other coach rushed over yelling that I have nothing to complain about and my players need to have fouls called. His temperament cause the assistance high school coach to observe the rest of the game in concern.

During today’s game, the opposing coach started to notice that a few players were carrying the ball on the dribble. This often happens with 4th graders learning the game. The student  referees, again were not calling it consistently both ways. The coach you yell every time a call was’t made on us, failing to notice all the no calls his players were receiving. I felt the referees were trying to let all players learn and tried to be consistent with all of their calls. 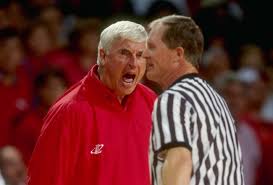 Should youth coaches dispute calls? I feel this is a touch subject. My players point out all the missed traveling calls on the other team today. I have told them never to dispute a call with a referee. Players need to learn the referees are in charge of the game. We might not agree with them, but their calls are final. My players know that I am the only on to talk to a referee about the game. Youth coaches need to realize we are modeling behaviors for the athletes we coach. Pro and College ranks do not model well for the athletes of tomorrow. Youth sports programs need to lead the way! In youth sports winning and loosing does not matter, sportsmanship does!

Remember we are always modeling for the next generation!! If you have a real issue then discuss it with the organizers in private, not in front of your young impressionable team!