Over this holiday break, our family traveled to Walt Disney World in Orlando Florida. Being a budget minded teacher, having a family of five the most efficient mode of transportation was in a car, driving 1,200+ miles from Michigan. We loaded into the car filled with excitement, ready to enjoy our vacation in the sunshine state on our first trip to Disney World. We departed Christmas afternoon heading south on I-75 with great excitement. As I piloted our Chevrolet Traverse  down the interstate, I noticed numerous brown signs flying by the window. Signs for historic sites and national and state parks. The famed horse parks of Kentucky, Smokey Mountains of Tennessee and Civil War battle fields of Georgia. Were we missing something?

Disney World is a wonderful place, Walt Disney created it to educate and entertain. Should it be the sole focus of the millions that flock there every year? I began to question my planning of the trip. Should I have planned stops along the way to help my children understand all the wonderful places in the United States? To help them understand our country and its history? Maybe I need to schedule another trip to visit the marvelous sites we missed.

I began to notice a parallel in education. Teachers seem to focus on the end destination of standardized test scores instead of the journey of education. Tests like Disney World will always be there and are constantly changing. I see to many teachers abandoning great teaching activities to focus on test scores. It is sad to hear about students who are being rushed to tests, having fun engaging learning experiences lost to test preparation.  How we travel to Disney or the Standardized test is our choice. Teachers need to make the trip a journey that students will remember, full of adventure and excitement, because unlike Disney World students don’t want to return to the standardized tests. A Teachers  job is to make them to want to return to YOUR Classroom. 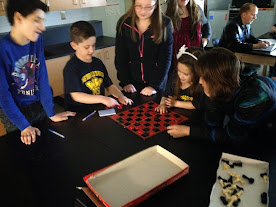 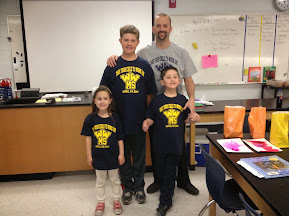 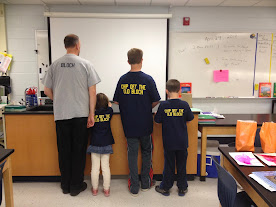